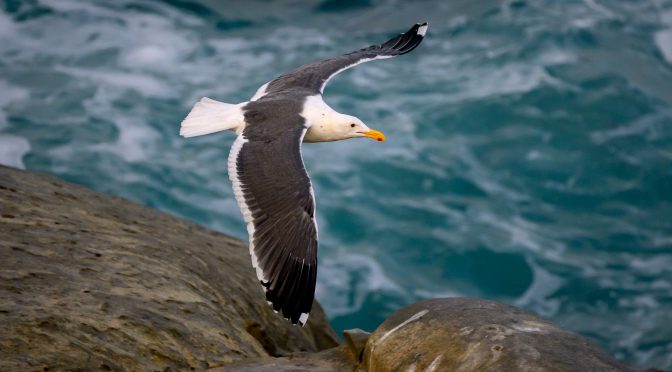 Is 20+ frames per second really necessary in wildlife photography?

Wildlife photographers love mirrorless cameras because many of them offer incredibly fast frame capture rates. I recently got the new Nikon Z9 mirrorless camera, and one of its best features is its ability to shoot RAW at up to 20 frames per second (fps) with no viewfinder blackout. Other mirrorless cameras, like the Sony A1 and Canon R3 offer frame rates as high as 30 fps. The appeal of such fast burst rates for still photography is that these speeds increase the probability that you’ll capture a moment of peak action, or a dynamic animal pose.

The downside to capturing images at these high frame rates is the sheer volume of images you’ll end up with. Not only will you fill your memory cards faster, but you’ll also have to slog through hundreds or even thousands of shots in your triage/culling workflow. Another challenge with setting your camera to high-speed frame advance is that it becomes nearly impossible to fire off a single shot. Even with practice and good shutter release technique, once the camera is set to capture images at greater than 12 fps, shooting individual images is really difficult.

Anatomy of a wingbeat cycle

A bird’s wingbeat is defined as a complete consists of two parts, a downward power stroke, followed by an upward return stroke. If you’re photographing flying birds, you ideally want to capture a range of wing positions with the hope that one of them will be aesthetically pleasing. Therefore, it makes sense that your ideal frame rate should depending on how fast a bird flaps its wings (wingbeat frequency).

To answer the question of “what’s the ideal frame rate for capturing multiple wing positions in flying birds?” Let’s start with a few premises:

Both wingbeat frequency and camera frame rate can be expressed as “cycles per second,” or Hertz (Hz). If your camera’s frame rate matches the birds wingbeat frequency, then every image in your sequence will capture the wings in the same relative position. This phenomeno is akin to the stroboscopic effect used to “freeze” motion.

At 3x WBF, you could expect to capture 3 frames per cycle, to include up, down, and somewhere in the middle of each wing stroke. The middle position tends to be the least photogenic; often the bird’s head is obscured.

At 4x WBF, expect to capture at least two additional photos at different points in the flight cycle. My analysis of a mechanical metronome showed that at 4x WBF, you can expect images at either end of the power and recovery strokes, but not at the mid-point position. Therefore, in this study, I chose 4x WBF as the optimal frame rate for most photographers.

Wingbeat frequencies in the published literature ranged from 2.55 Hz in Great blue herons to 18.2 Hz in Chaffinches. In most shorebirds, wading birds, and raptors, average wingbeat frequency was below 4 Hz. While birds with the highest wingbeat frequencies were typically small, birds that are heavy for their size also had fast wingbeat frequencies. Specifically, waterfowl (average: 6.7 Hz) and puffins (9.18 Hz) were notable outliers in the dataset. Interestingly, the Northern Flicker, a species of woodpecker, was notably fast at 9.19 Hz.

Based on this analysis, I can draw two broad conclusions about setting frame rate for bird photography. First, if your subjects are large wading birds, gulls, or even large raptors, you can set your camera to as low as 10 fps and still expect to capture images with at least two wing positions. Keep in mind that many large birds will glide or soar, and in those circumstances, fast frame rates aren’t necessary either.

Secondly, you could photograph at 15 fps and you’d expect to get shots of multiple wing positions for over half of the birds on this list (19/34). Increasing the frame rate to 20 fps adds an additional 8 species. Moving to 30 fps gets you an additional 4 species. For the most part, you can be fairly confident that 15-20 fps is more than adequate for most of the birds listed here. If you routinely photograph flying ducks, then there is a benefit to 30 fps capture, but keep in mind that you can still photograph intermediate wing positions if you had 20 fps; you’d just get fewer of them.

How fast should you set your camera?

For most photographers, choosing a frame rate between 3-4x WBF will yield captures of the wings in multiple positions. I personally prefer 4x WBF when possible, as it eliminates the “middle” wing position that tends to obscure a bird’s head.

Based on my analysis, I believe 15 fps is an excellent “all-around” frame capture rate for photographing birds in flight. The exception would be for waterfowl (ducks) and puffins. For those species, setting your camera 20 fps or faster would theoretically increase your odds of capturing multiple wing positions. In my experience with the Nikon Z9, the 15 fps setting has qualitatively felt like a sweet-spot. It’s fast enough for most wildlife subjects, but it’s not so fast that I can’t limit shorter bursts to 2 frames. As a field tactic, I have my Nikon Z9 configured to quickly toggle to its fastest (20 fps) shooting speed should my subject require it.

Some birds simply flap their wings too rapidly for us to expect to capture photographic sequences of their complete wingbeat cycles. Five species would require frame rates in excess of 30 fps to capture a complete wingbeat cycle. While some cameras have the ability to capture images at rates higher than 30 fps, doing so usually requires setting your camera to use JPEG capture and sometimes smaller resolutions. If the smallest birds are excluded from the analysis (Tree swallow, Starling, Chaffinch), the mean optimal frame rate drops to 17.0 fps.

Keep in mind that in this analysis, I’m only looking at a specific scenario: birds in powered flight. There are plenty of other situations where 20+ fps burst shooting is beneficial, including take-offs and landings. Other behaviors such as fighting, or displaying are best captured with fast frame rates. Nevertheless, you don’t need to feel like you’re missing out if your camera doesn’t offer extremely fast capture rates.

6 thoughts on “What’s the best frame rate for photographing birds in flight?”