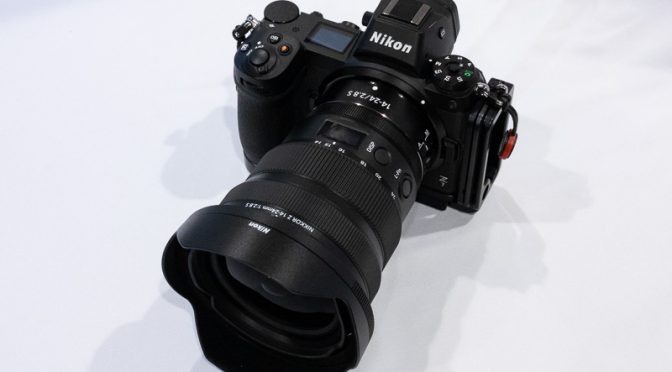 The new 14-24mm Nikkor weighs in at 1.4 lbs (650g), making it nearly a full pound lighter than its F-mount predecessor. The reduced weight, combined with a streamlined barrel design, makes this lens incredibly comfortable to use hand-held. Because the 14-24S is a native Z-mount design, it takes advantage of the 5-axis in-body image stabilization system in the full-frame Nikon mirrorless cameras. Autofocus was fast, accurate and virtually silent on my Nikon Z7 body.

I did my usual round of test shots with the 14-24mm f/2.8S Nikkor, and it did not disappoint. The lens was sharp across the frame when set wide open, with only marginal softness occurring at the extreme edges of the frame. This is a very sharp lens!
See my test shots on then next page.

Out of focus areas were rendered nicely. Chromatic aberration and distortion was extremely minimal. Note: Nikon Capture NX-D and Lightroom users will have lens corrections (CA/distortion/vignetting) automatically applied during raw conversion. My test images were sharp, with good contrast, and great color rendition.

Nikon claims that their newest lens coatings (ARNEO and Nano-Crystal Coat) help to reduce ghosting and flare. After testing the new lens, I would have to wholeheartedly agree. While the 14-24mm f/2.8G Nikkor lens was absolutely notorious for producing flare (the bulbous front-element doesn’t help), I found the new 14-24mm S to be ridiculously resistant to flare. In fact, this lens didn’t produce much, if any, flare at all even when I had the sun in the frame. I was absolutely blown away by how good this lens handled flare. Outdoor and landscape photographers will really appreciate this feature.

The 14-24mm f/2.8S Nikkor also produces pleasant starburst patterns in point sources when shot stopped down. This effect is most likely due to the combination of the front lens element design, good optical coatings, and the rounded 9-blade aperture diaphragm.

In night shooting, the Nikon 14-24mm f/2.8S rendered stars as pinpoints, with only minimal distortion in the corners of the frame.